back to DSLR Cameras > DSLR Accessories 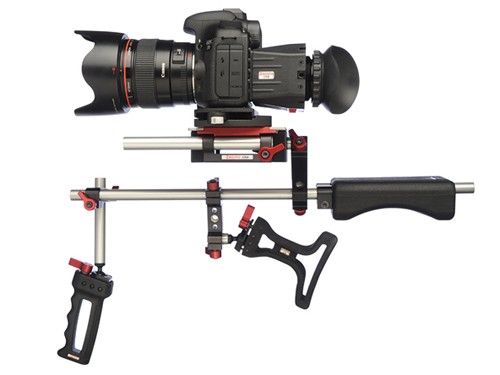 Zacuto's Z-DSLR-MM DSLR Marksmen is locked, loaded, and ready to fire! After six months of using DSLRs, Zacuto has made the next evolutionary leap by changing the way DSLR cameras will be used from this point forward. This Shooter is universal, quick-releasable, extremely lightweight and great for run 'n gun type shooting, as well as indie film making.

The Gunstock Shooters come equipped with a shoulder strap for all day carrying, allowing users to go from ready position to shooting position within seconds. This also enables users to effortlessly move from tripod to handheld without a cut or interruption. The Shooters can be used with any 15mm lightweight accessories, follow focuses & matte boxes. They can also be used with or without counterbalance. The Marksmen weighs 7 lbs and offers five points of physical contact.

Camera and lens not included. Camera shown with optional Z-Finder, also not included but highly recommended.


Rent a Zacuto DSLR Marksmen in Miami. Worldwide shipping on most items.