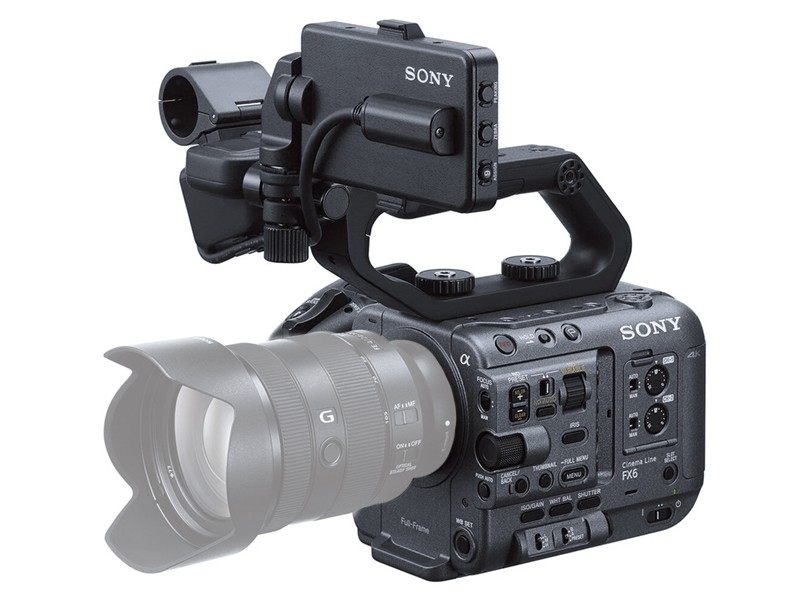 Weighing just under 2 lb, the FX6 body is a full 2 lb lighter than the FX9 and measuring 6 x 4.6", it packs a full-frame sensor into a body comparable to the S35-sensor Sony FS5. While the FX6 fits seamlessly into a pro-cine on-set workflow, it also offers several features that are a boon for a single-operator user. These include fast and accurate phase-detection autofocus with both Face Detection and real-time Eye autofocus, both auto and manual ND filter settings for quick exposure compensation, and a 3.5" LCD monitor that boasts timesaving touchscreen access to key menu settings and versatile positioning for comfortable operating. In addition to improving the camera's overall stability, firmware update v1.10 adds 100p and 120p options to the Slow and Quick Motion frame rate menu when the codec is set to RAW or RAW and XAVC-I.

Compared to the FX9, the FX6 differs in several specs; but many FX6 specs tick the same boxes and several improve upon the FX9:

FX6 differences from the FX9: