back to Props/Vintage Gear > Microphones 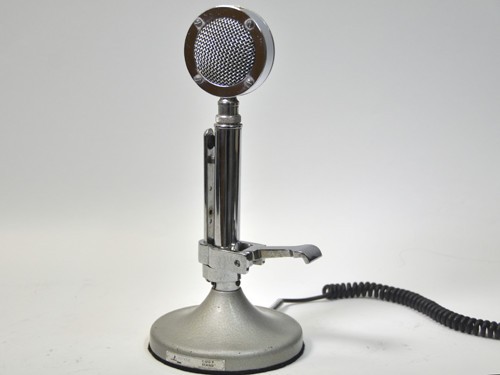 This microphone model quickly earned the reputation as the "King of the Airwaves" by the the local CB'ers during the mid 70's. The original model featured a removable crystal mike "head", and a base stand with a grip to talk keybar, and a sliding transmit lock ring. This mike was offered in several different versions over the years, including the original un-amplified high impedance G-stand, and the later un-amplified UG-8 stand, as well as the pre-amplified TUG-8 stand.

Call for a Quote