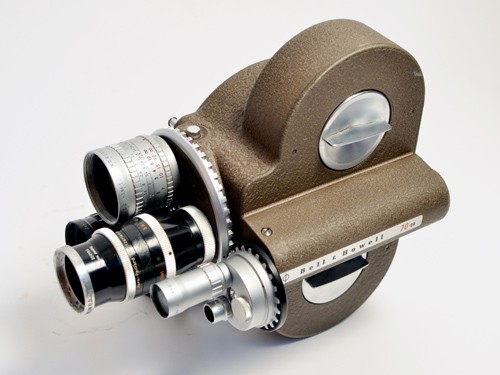 The Bell & Howell Filmo may have had its biggest impact on the beginnings of television news. In the mid to late 50's and early 60's when local stations first began to venture out of the studio and incorporate film into their nightly news programs, it was the well proven 16mm Filmo they chose to acquire B&W footage of local events. Even after stations adopted more sophisticated magnetic sound-on-film cameras like the Auricon, the Filmo remained the workhorse "stringer" camera. Some of the most dramatic close combat footage from the Vietnam war was shot by both NBC and CBS using Filmo's.

Call for a Quote